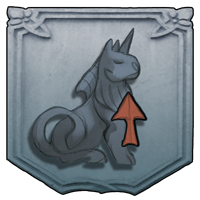 Skills are treated like any other trait based on rarity level, and currently have no species based restrictions.

If both parents have the same skill it passes more readily than only one parent having that skill. Common skills will pass on more often, while Rare and Legendary skills pass on less often, much like traits on any species on Arcane Zoo. Character may have a max of three skills at any time, new skills added via items or rewards will replace a current skill.