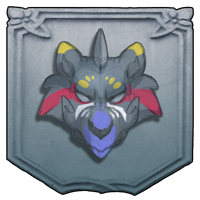 Markings are dictated by the genotype of a character and each one has a set of limited guidelines for color, placement or intensity.
Don’t like the guidelines for how one of the markings including in your new genotype looks? Fear not!

Small markings that can be added to any character to include a little extra personality. Spots, dots, small streaks and accents are allowed in the red areas marked below. Colors should be 90% black or white, but a small shift toward the base coat color is fine.

This does not need to added to a character’s approval list of markings.

A small area where Balikin may have a unique brightly colored accent. This marking should be one unbroken shape.

This does not need to added to a character’s approval list of markings.